Everything logistical in India was easy for me, as I was traveling with the world-travelled Phil Borges. I held a reflector for him as he photographed the Dalai Lama. The reason he was there. So that was pretty sweet. And the rest of the time I just took in every single new sight with my seasoned black Nikon FM2 and Hasseblad/120 lens. And a lot of film. Seems almost ancient history given film days – but not by my memory.

We were in New Delhi only a day before we headed North by bus and train. This tailor gifted me his gaze there in his shop with its perfect ethereal lighting and his trusty Singer. 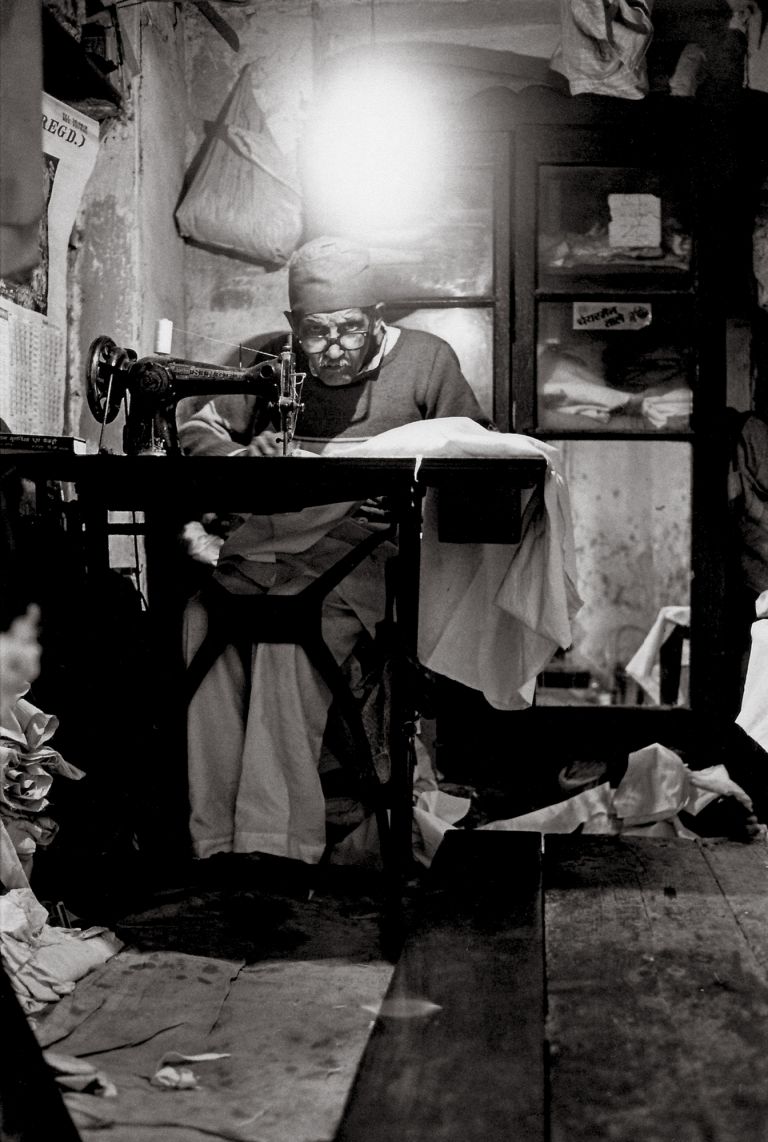